Established in February 2007, Biopark Terneuzen is a ‘Smart Link’ initiative that represents new thinking in the creation of agro-industrial sustainability. Building on the economic and knowledge transfer advantages obtained through the co-location of associated businesses, Biopark Terneuzen raises the platform to a higher level. Based on smart linking, it promotes and facilitates the exploitation of key synergies between its partner companies. Specifically the potential to exchange and utilise each other’s by-products and waste streams as feedstock or utility supplements for their own processes. This contributes to their productivity, to the conservation of non-renewable resources and the reduction of environmental burden. The growing list of Biopark Terneuzen’s industrial members includes: Yara Sluiskil, Nedalco, Cargill, EcoService Europe, Heros, ESV Group and Rosendaal Energy. For further information please visit: www.bioparkterneuzen.com. 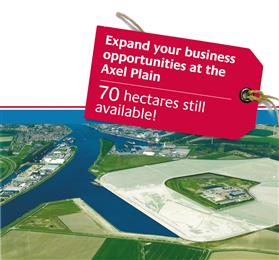 Terneuzen, The Netherlands, 10 August 2010 – Stichting Biopark Terneuzen, a organisation that focuses, among other things, on the development of sustainable connections (so-called smart links) between businesses in Terneuzen’s Canal Zone, is very busy developing a cluster of bio-energy power plants on the Axelse Vlakte in southern Netherlands. 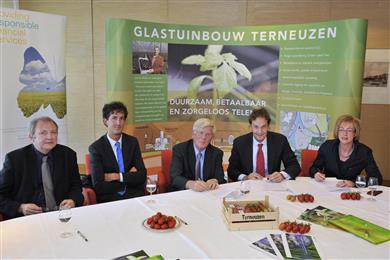 Terneuzen/Amsterdam, The Netherlands, 21 October 2009 – ABN AMRO Bank and WarmCO2, a joint initiative of port authority Zeeland Seaports, fertilizer producer Yara and infrastructure supplier Visser & Smit Hanab, have signed a ‘green’ financing agreement of € 25 million, as part of an overall financial investment of € 80 million. WarmCO2 is the first large scale sustainable energy project in the Netherlands to receive this ‘green’ financing. 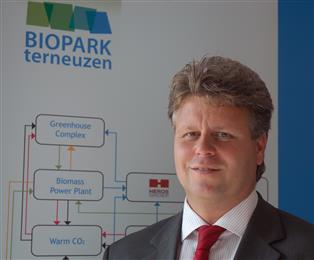 Terneuzen, The Netherlands, 5 November 2008 – In June, as part of the continuing drive to grow its port activities together with its Biopark Terneuzen initiative, Zeeland Seaports appointed Peter Geertse (42) to the post of Commercial Manager. Geertse, whose training is in commercial economics and port and transport management, brings 23 years of shipping and container operations’ knowledge and expertise to the job. His recent experience includes 11 years in a senior management post with the EWL/Europe West Indies Lines and before that with Hamburg Sud. 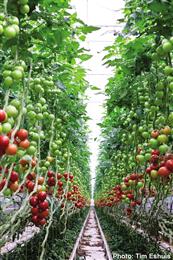 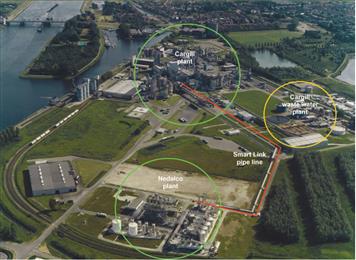 Terneuzen, The Netherlands, 11 June 2008 – As part of Biopark Terneuzen, an exemplary initiative in The Netherlands to promote sustainable industrial development, Cargill is putting in practice the project’s underlying Smart Link concept of having industries located in the same geographic area use each other’s by-products as feedstock. The objective of Smart Linking is to optimise the use of resources, lower costs and reduce the volume of materials entering the waste stream. Cargill joined the Biopark Terneuzen initiative at its inception in February 2007.

Biopark Terneuzen
A Smart Link to a Sustainable Future 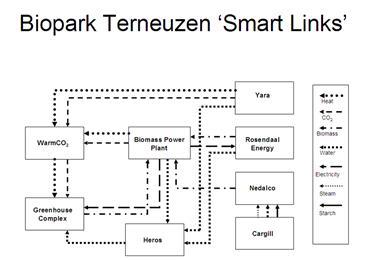 Biopark Terneuzen, established in The Netherlands in February 2007 in the Ghent-Terneuzen Canal Zone, is a ‘Smart Link’ initiative that represents new thinking in the creation of long-term agro-industrial sustainability. Building on the already proven economic and knowledge transfer advantages obtained through the co-siting of associated businesses, Biopark Terneuzen raises the platform to a higher level. 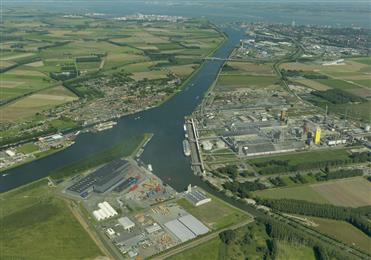 Terneuzen, The Netherlands, 16 May 2008 – Biopark Terneuzen brings together businesses that have the potential to exchange and use each other’s by-products and waste products as raw material or energy for their own processes. Known as ‘Smart Links’, these bio-complementary partnerships between participating enterprises serve to minimize the impact of their activities on the environment, while promoting synergies between industrial activity and sustainability.