Vydyne XHT, a new portfolio of heat-stabilized polyamide 66 and copolymers, is capable of withstanding prolonged exposure to temperatures up to 230C. Using a combination of unique polymer chemistries and a multi-stage heat stabilization technology, XHT products push the boundaries of temperature resistance without sacrificing the processability, durability and mechanical properties PA66 is known for.

“Consistent high heat performance is critical in under-the-hood applications to accommodate for various load, torque and speed conditions in engines,” said Vikram Gopal, Ascend’s senior vice president of technology. “We created Vydyne XHT to perform across a broad operating window for our customers, who are today limited to products with narrow operating windows and poor performance outside those windows.”

“Our customers are driving innovation and meeting increasing demands across the industries they serve,” said Phil McDivitt, Ascend’s president and CEO. “In turn, we are building off our vertical integration and strong position in PA66 to bring the greater reliability, functionality and flexibility to make that innovation possible.”

Ascend sales and technical representatives will be at the company’s stand 6A07 at K 2019 in Dusseldorf from Oct. 16-23.

Ascend Performance Materials is a global premium provider of high-quality plastics, fibers and chemicals and is the world’s largest integrated producer of PA66 resin. Headquartered in Houston, Texas, Ascend has nine global locations, including five fully-integrated manufacturing facilities located in the southeastern United States and an engineering plastics compounding facility in Europe, all dedicated to the innovation and safe production of nylon 6,6. With three of the world’s largest chemical processing facilities, Ascend’s materials form the building blocks for products used in everyday applications from apparel to airbags, cable ties to circuit boards and carpets to car parts. Ascend’s 2,500-person global workforce is committed to making a difference in the communities we serve and leading the development of nylon 6,6 solutions that inspire everyone, everywhere, every day.

More information about Ascend can be found at www.ascendmaterials.com. 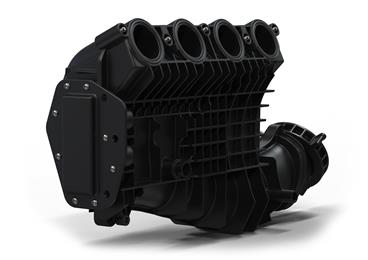