The champagne will be coming out on the Polyscope stand at K 2016, (hall5 booth E08) as the Dutch company celebrates 10 years of increasing success as one of the world’s most important producer of styrene maleic anhydride (SMA) thermoplastics.

Polyscope started life in 2006 when a group of enterprising individuals acquired an SMA plant that had been taken out of service earlier. From its start Polyscope enjoyed great success with SMA as an outstanding material for automotive interiors, especially instrument panel carriers, and has continued successes in several other markets and applications ever since.

Reaching for the sky—through SMA sunroofs

Polyscope has proven that SMA still has an important—and increasing—place in the market. SMA, which Polyscope brands as XIRAN, is the leading material for automotive structural parts. Today, Polyscope is supplying almost 30 sunroof programs around the world. SMA’s excellent mechanical properties and dimensional stability over a broad temperature range are important factors in its choice for such large and complicated parts.

But Polyscope has done far more than switch SMA from one automotive application to another. It has poured intensive research and development work into extending the range and capabilities of SMA, which it is able to supply on a custom-made basis; it produces compounds based on SMA at three locations in Europe and the USA, for use in numerous demanding automotive and industrial structural applications. Polyscope has also developed SMA grades for 3D printing.

In addition, Polyscope has developed XIRAN IZ high performance imidized SMA terpolymers that are now used as heat boosters by leading producers and compounders of styrenic polymers such as ABS, ASA and even polystyrene; and because Polyscope’s SMA is transparent, it can even be used to improve the thermal performance of polymethylmethacrylate (PMMA, or acrylic). XIRAN IZ grades stand out for their very low levels of residual volatiles and easy processability under standard processing conditions. Compounds based on XIRAN IZ are already appearing in automotive applications, consumer products and appliances.

Polyscope has also developed SMA polymers with low MA contents for use as chain extenders, as compatibilizers in polymer blends, and as adhesion promotors in systems that normally require a primer before being painted.

Specialty polymers for many markets

On top of all this, Polyscope has developed XIRAN polymers and aqueous solutions for use for coating paper, in inks and coatings, in adhesives, in electronics, in glass wool insulation for building and construction, and elsewhere.

Polyscope’s ten-year history is in fact crowded with important milestones. It opened a compounding operation for XIRAN in Europe in 2008; during 2010 and 2011, the company moved to new headquarters in the Netherlands and opened its first compounding operation in the USA; 2013 marked the birth of Polyscope’s highly successful business for XIRAN in car sunroofs, with its use on the Citroën DS3 Cabrio; between 2014 and 2015, Polyscope established offices in Shanghai, opened a new application lab and introduced XERAN product range to the market. Throughout this period, the company developed and expanded its portfolio.

Polyscope is already carving some more milestones to lay down in the near future. It is readying North American production, and is preparing for the launch of esterified grades of SMA and low molecular weight imidized types. Over the next five years, it plans to further expand its global manufacturing footprint, and also expand around the world in strategic end markets on its way to application leadership.

Towards the Circular Economy

Polyscope is also very aware of the increasing interest, especially among customers in the automotive industry, in materials with improved levels of sustainability. SMA can make an important contribution, as it can be recycled without loss of properties—the compounds can repeatedly be used for the same purposes. SMA thus fits well within the latest thinking for a zero-waste “Circular Economy.” Indeed, Polyscope CEO Patrick Muezers recently launched Claut (CircuLar AUTomotive platform), a regional initiative involving car companies and tiers, aimed at closing the materials loop.

Polyscope offers a full spectrum of SMA and SMANPMI co- and terpolymers and compounds for engineering plastic and specialty chemical applications under the trade names XIRAN® and XERAN®. Resins can be created with a very broad range of molar mass and levels of maleic anhydride. For engineering plastics the SMA/ABS based compounds have varying impact modification levels and glass fiber content. For specialty chemical applications, low molecular weight XIRAN® base resins and solutions are chemically modified to meet customer needs.

A global customer base is supported from corporate headquarters, production and research & development in Geleen, The Netherlands, and with local compounding, contract manufacturing facilities and sales & marketing support in Europe, North America, and Asia. 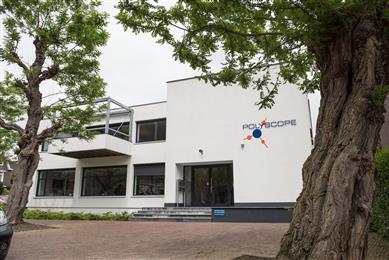 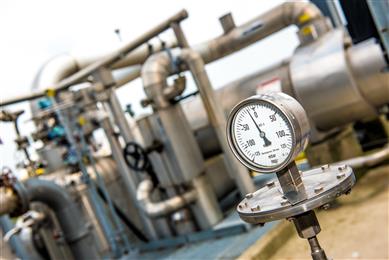